The Girl With The Butter


Some Nutrition, with a side of Fitness, a bit of Travel, a little Food, and a lot of Opinions

I’ve been doing CrossFit since my husband opened his first affiliate in 2010, and coaching since he opened the second in 2014. I’ve dropped in at quite a few gyms in my CrossFit tenure. From local in NJ when visiting family to across the Atlantic in Copenhagen, Denmark. I have to be honest, I assumed what I’m about to tell you was a sort of common-sense thing…not to be a dick. A post in a CrossFit affiliate owners group the other day proved that assumption to be very very wrong. An affiliate owner spoke of someone dropping-in, and showing up without any previous contact right as class was about to start expecting to just fold into the group. I realize now that this may seem like to totally fine thing to do! You show up right before class time at your home gym. You do CrossFit all the time. You know what’s up. They don’t need to explain an AMRAP to you.

(I suppose I should tell you now that I stopped using ‘box’ to refer to a CrossFit gym some time ago, so I don’t want to hear any, you don’t know what you’re talking about…you don’t even call them BOXES…they’re not GYMS.”. Yes they are. Shut up.)

This is where I have a bit of a unique perspective: I’m a member, and I’ve been helping my husband on the back-end of things for years now…so I can see that side of the coin as well. The thing is, that as members we often don’t see things from the business side of it. Think about it. When you drop-in, this coach doesn’t know you from a can of paint. He/She has no idea what kind of experience you have. They probably want to get an idea of your experience level before you jump into their class of paying members. Yes, you pay your drop in fee…but their members keep the lights on. Their members are what keeps their business running. You, the drop-on, cannot get in the way of their experience. Put the Nano on the other foot. If someone showed up at your gym, for one class while they are in town, and the class ended up starting late because they needed to sig a waiver, pay, and talk to the coach about their experience. Or if the coach ended up having to spend the whole class with this individual because even though they said, “I’ve done CrossFit”, it became clear when they didn’t know what a burpee was that this person doesn’t actually have the experience they said they do. You’d be pissed! The affiliates priority is to their members. Always. As a drop-in, you are a guest in their house.

A lot of folks complain that drop in rates are too high. Too high compared to what? What you pay per class at the gym where you have a year-long membership? Yeah…they’re going to be higher than that. You’re always going to pay more for a ‘one time use’ than you will for a membership at any fitness-based business. Compare the drop in rate to what yoga or spin studios charge for one class. It’s not that far off.In fact, it’s often less expensive, but for some reason we think that because we do CrossFit at home, we should be able to attend any CrossFit for $10. You have to account for the standard of living and general cost of services where you are. Your home gym in a suburb of Pennsylvania is probably going to be less expensive than the one you drop in at on vacation in Miami. You can’t compare your membership fee that you pay at home, where you’re a member to what you’re being asked to pay per class where you’re a visitor. If it’s too expensive for you? Don’t go or find another gym that fits in your price range. That’s the beauty of the free market.

One of the best parts of CrossFit is the community. I love traveling around and dropping in at different gyms. 99% of the time, the coaches and members are all incredibly welcoming, and they’ve always got good insight about food/booze in the area. It’s fun as a coach to see other approaches and methodologies. It’s beneficial as an athlete to get new eyes on you. There’s a lot of good that comes from dropping in.

So here are the guidelines on how to Drop-In when you’re on the road: 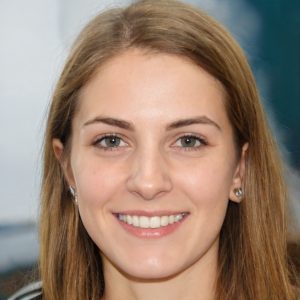 I’m a food lover, nutrition junkie, home cook, coffee hoarder, and elite intermediate CrossFitter. I’m all about real food that tastes great, and getting strong and healthy naturally. I can be brash, and I swear a lot, but everything here is made with love.